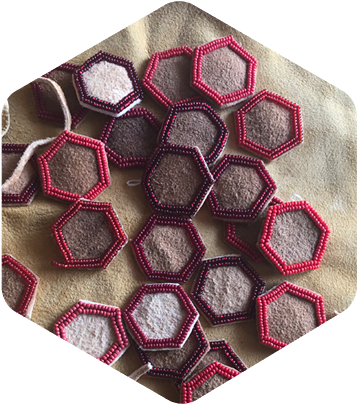 "Diversity Circles provides a safe place to honour the work being done at BCIT, while also recognizing the strengths that our Equity Seeking groups and allies hold on our campuses. As we move forward implementing TRC’s Calls to Action and the United Nations Declaration on the Rights of Indigenous People (UNDRIP), projects such as Diversity Circles will be looked at more for support – as we as Indigenous people cannot do this on our own within our institutes."

"I would like to be better informed and develop capacity for working with learning differences and neurodiversity."

"I want to create connections with those around campus."

"I have experience working with supporting awareness of diversity and inclusion in the workplace."

"I am interested in different ways of facilitating conversations across boundaries." 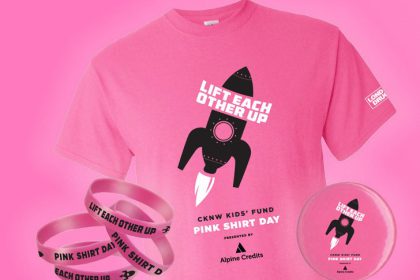 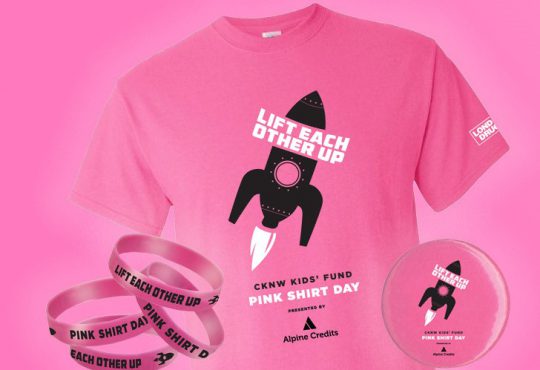 Shannon Kelly (Co-Creator of Diversity Circles): Shannon joined BCIT in 2002 as teaching faculty in the Communication department, where she has been looking at diversity through numerous research projects. Shannon co-founded Diversity Circles with Zaa Joseph in 2015 and they achieved SSHRC (Social Sciences and Humanities Research Council of Canada) funding to help the BCIT community address the increasing diversity on campus using a grassroots, strengths-based approach which draws on an Indigenous framework. Diversity Circles has most recently received Equity, Diversity, and Inclusion (EDI) federal funding through the Canada Research Chairs Program. Diversity Circles strives to build relationships with many people in the BCIT community and wider communities to do this work in safe, respectful, equitable ways.

Zaa Derik Gammel Joseph is a member of the Tl’azt’en Nation. He holds a BA from Capilano University and completed his Master of Arts in Professional Communication at Royal Roads University in 2013.

Zaa has been an Advisor in the BCIT Indigenous Services department since 2008. He is also a committee member of BCIT’s Indigenous Advisory Council responsible for the first Aboriginal Strategic Plan (2010-2013), was a Director-at-Large for BCIT’s Faculty and Staff Association (2013-2019) and sits on the Canadian Association of University Teachers (CAUT) Equity Committee and Aboriginal Post-Secondary Education Working Group (2018-present). Zaa was recently seconded to participate with Indigenous Initiatives and Partnerships for the building of the BCIT Indigenous Vision (2018-2019).

Zaa is the co-founder of Diversity Circles at BCIT and organizes, facilitates workshops and continues to build internal and external relationships. Zaa is very proud to work with Shannon, Kyla, Splash, Andrew, BCIT RDI and the Diversity Circles Steering Committee to create and lead organizational and human-centred culture shifts that support the growth of equity seeking-groups.

Kyla joined the BCIT Faculty & Staff Association in 2013 in the newly created position of Member Engagement Officer and joined the Diversity Circles team when it was founded. Building on her degree in Political Science and International Development Kyla has worked for social justice in both Canada and Guatemala. With almost two decades of experience in non-profit administration, governance, fundraising, engagement and communications, Kyla is an active volunteer having served on many boards and most recently was a Director with the BC Library Trustees Association (BCLTA), and the Chair of Vancouver Public Library. Kyla currently serves on the board of the Laurier Institution, the board of the Vancouver Writers Festival, the City of Vancouver Civic Asset Naming Committee, is an active member of the Parent Advisory Committee (PAC) of her child’s school, and in 2017 Kyla was selected to attend the Governor General’s Canadian Leadership Conference.

Aaron Nelson-Moody, or “Splash”, lives and works in the Capilano Village on the North Shore of Vancouver, British Columbia. These days he is working mainly on jewelry engraving and repousse, and still carves the larger houseposts and panels on commission.

While Aaron is his English name, he also has his Squamish Nation name, Tawx’sin Yexwulla, which translates as: Splashing Eagle, so most people know him simply as “Splash”. He also carries the name, Poolxtun, from his adopted father Gerry Oleman, which he tanslates as, ‘the spreading ripples from a splash of water’.

He has worked with community groups and students in a number of schools in the Squamish and Vancouver areas since 1995, as well as sharing in Japan and Scotland.

Aaron Hunter is a faculty member in the School of Computing at BCIT, and the lead researcher at the BCIT Centre for Cybersecurity. He holds a Ph.D. In Computing Science from Simon Fraser University, where he studied formal aspect of Knowledge Representation. Aaron’s research interests lie at the intersection of Artificial Intelligence and Information Security. His NSERC-funded research focuses on formal models for reasoning under uncertainty, and the practical utility of these models for solving problems in security, network communication, and resource management. In addition to his academic research experience, Aaron also has a background in the private sector where he has worked as a software developer and an industrial research analyst.

Dr. Robert A. Daum (PhD, UC Berkeley) is a Fellow in Diversity & Innovation at Simon Fraser University’s Centre for Dialogue. He is an active research collaborator and practitioner in community and university-based initiatives focused on intercultural and interdisciplinary collaboration and community engagement. As an Advisor in the Office of Vice President, Students at UBC, he has been the Project Lead for a series of dialogue-based, interdisciplinary and intercultural student development initiatives. At UBC he is also Honorary Associate Professor in UBC’s Department of Classical, Near Eastern and Religious Studies, Faculty Associate of UBC’s Institute for Gender, Race, Sexuality, and Social Justice, and a Faculty Member of the Common Room at UBC’s Green College. In the community, he is a Director of The Laurier Institution. A Director on the inaugural Board of Reconciliation Canada, he moderated the inaugural National Reconciliation Gathering in its six-city national series. For the City of Vancouver, Robert co-convenes (with BCIT’s Kory Wilson) the Intercultural & Civic Engagement Strategy Group for the Vancouver Immigration Partnership. For the Canadian Race Relations Foundation, he is a guest editor and member of the editorial advisory of Directions, its research and policy journal. He co-leads (with UBC’s Prof. Francisco Peña) the Cultural Symbioses Project, an interdisciplinary consortium of nine teams of 40+ researchers at 23 leading universities and colleges in nine countries. He also co-leads the theory and translation research team within that Project, and is also a Collaborator within its Medieval Iberia research team. As well, he is a Collaborator in an interdisciplinary SSHRC Partnership Development Project, “Evolving the Botanic Garden: Digital Environmental and Cultural Interpretation at the Edmonton Devonian Botanic Garden’s New Islamic Garden,” led by UBC’s Prof. Hussein Keshani with support from the Devonian Botanic Garden and the Aga Khan Trust for Culture. In 2015 he was appointed to an initial three-year term as one of 12 national delegates to the first formal, bilateral national Dialogue between the Canadian Conference of Catholic Bishops and the Canadian Rabbinic Caucus. A moderator, facilitator and public speaker, he has published his research in leading refereed journals, and has been a presenter and keynote speaker at academic conferences in Canada, the United States, China, France, Spain, and Sweden.

Boozoo, Mko Mose Indizhnikaz, Meshekenh n’doodem, d’ eshkan ziibi n’doonjiba Anishinaabe inini n’dow. Hi, my English name is Andrew Judge and my spirit name is Bear Walker (Mko Mose), I am Turtle Clan (Meshekenh n’doodem) was born and raised near the horned river (d’ eshkan ziibi n’doonjiba) and I am both Irish and Anishinaabe. My dad was born in Thessalon, ON and my Mom was born in London, ON. I was born and raised in London, ON. I have been working in the area of Indigenous education for the past decade. I started by engaging youth at an Indigenous science camp in Wikwemikong, Manitoulin Island, I then began designing, facilitating and implementing mentoring programs for Indigenous elementary and secondary students at the CAMH centre for Prevention Science.

Dr. Andrew Judge (Mko Mose, Bear Walker) is a tenure-track faculty at Algoma University and has taught Indigenous knowledge based courses at the University of Waterloo and Wilfred Laurier University. He is the former coordinator of Indigenous Education at Conestoga College. Dr. Judge is the co-founder of The Indigenous Collective, a platform that highlights the work of Indigenous leaders in performance and story-telling. He has received over $800,000 in SSHRC and Ontario Trillium Foundation grant funding and has given over 70 lectures on Indigenous land-practices and cosmologies.

Each day I continue to be humbled by the teachings of my ancestors and I am always excited to share the little I have learned with anyone interested.

May 26, 2017 We were fortunate to be able to attend Brad Marsden’s workshop: Fire Across The Land on May 26th. Marsden skillfully moves participants through the truth of history and the impact of colonization and the residential schooling system. His approach surfaces the realities of oppression as well as the stories of resilience and we were all […]
Read News
ALL NEWS 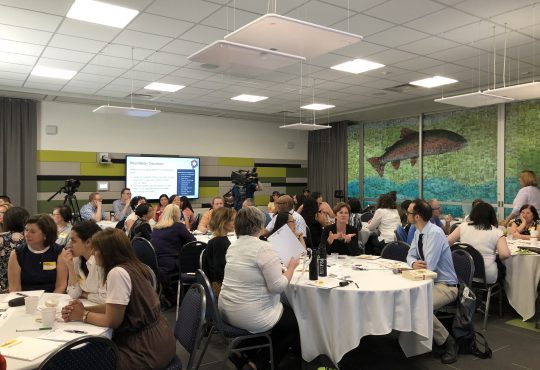 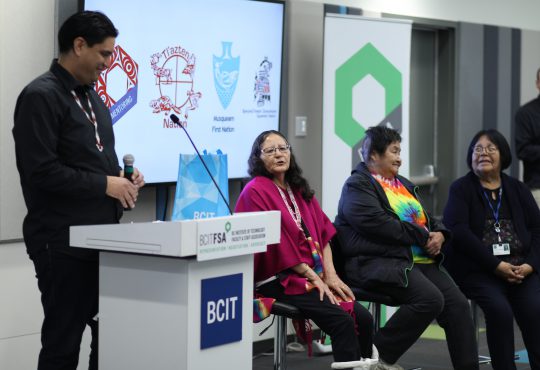 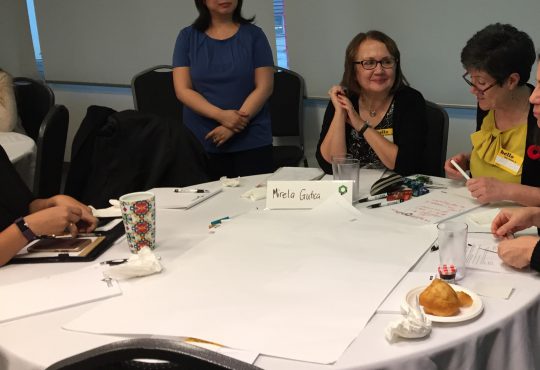 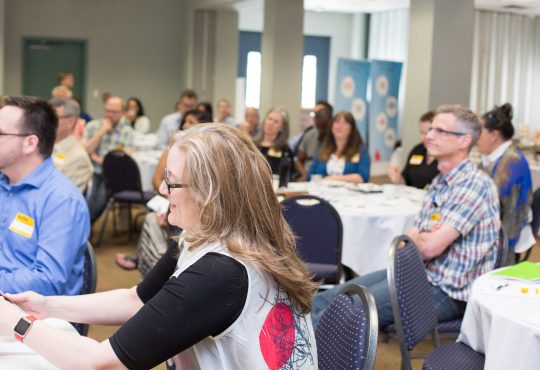 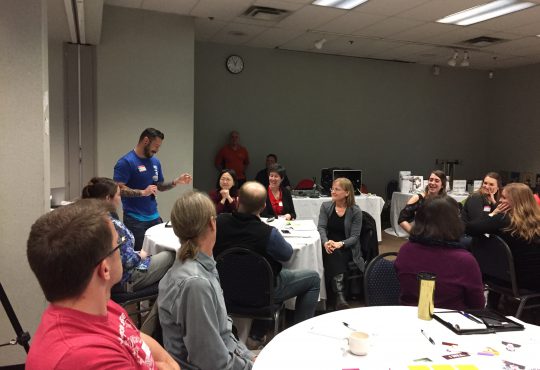 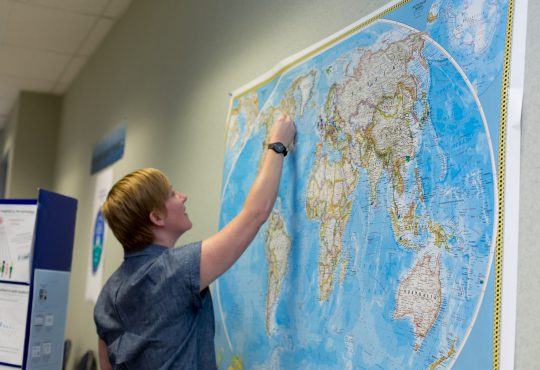 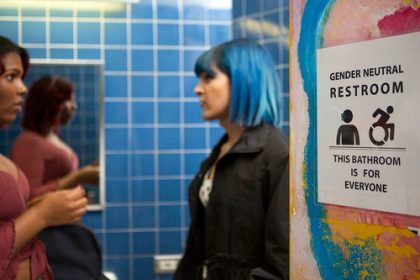 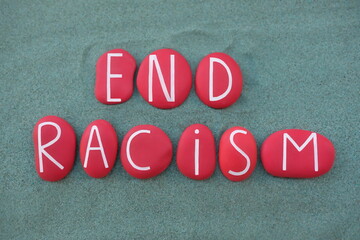 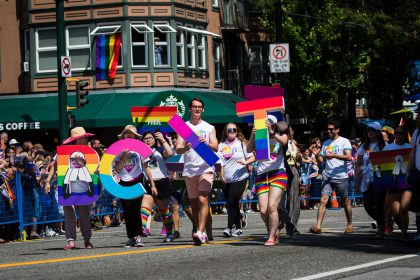 Pride 2020: Pride Stories
In collaboration with the BCIT Student Association… 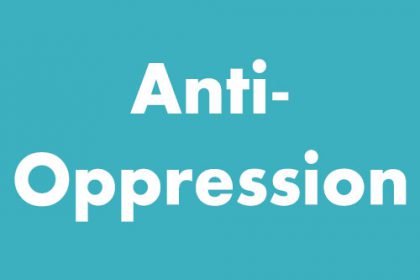 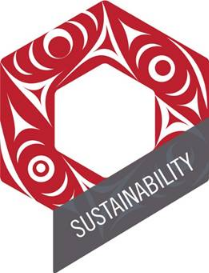 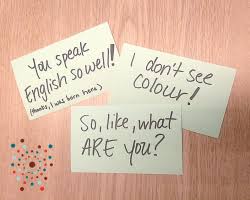 Racism: Micro-Aggressions and Bystander Awareness
Presented in partnership with BCITSA, BCITFSA, and… 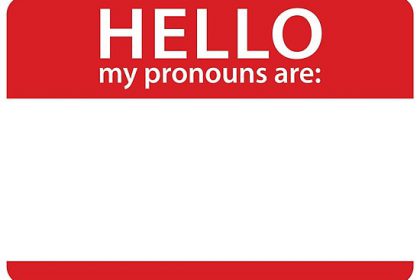 Gender Identity, Gender Expression, and Sexuality
Presented in partnership with BCITSA, BCITFSA, and… 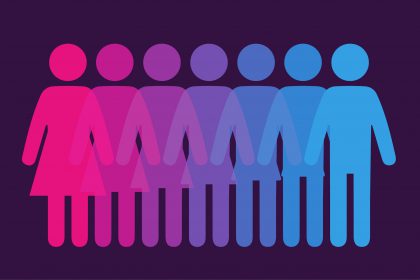 Student Voices: Gender & BCIT
What is up with gender diversity at BCIT? For the … 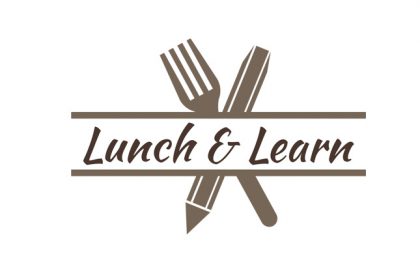 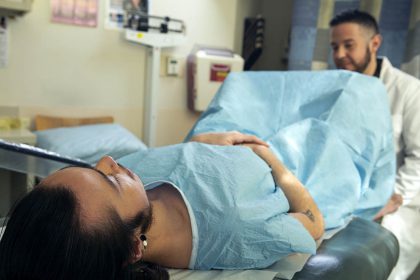 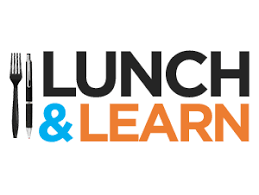 Queer Competency: Lunch & Learn Series
In celebration of May 17 – the International… 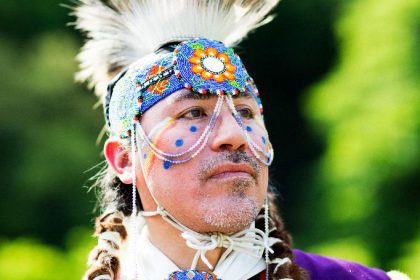 Lunch & Learn: Two-Spirit Reconciliation: Honouring the Truth; Reconciling for the Future
This event is open to all BCIT employees and stude… 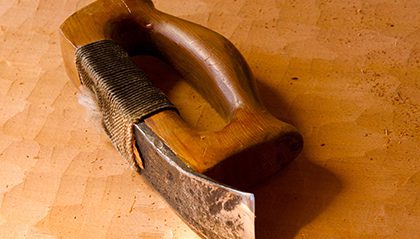 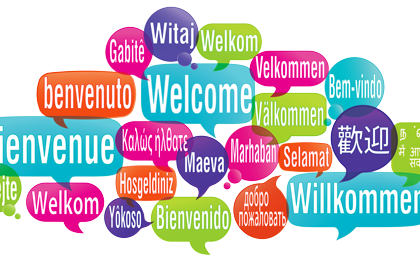 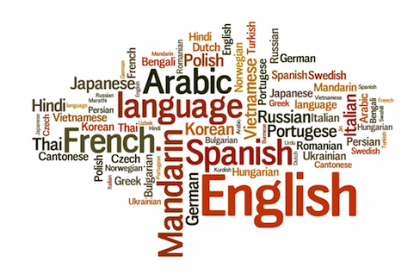 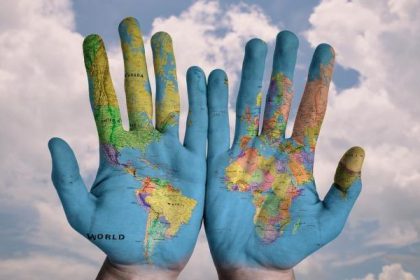 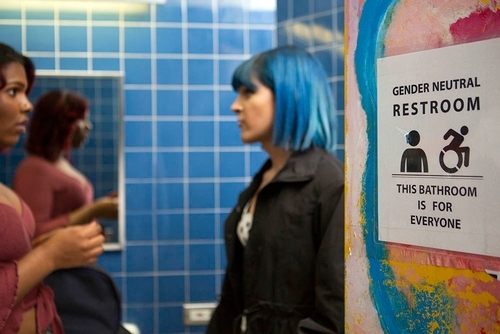